A Blog to help all those moving to hectic Hanoi, wanting to learn about the culture in Vietnam or simply interested in the opinions of an adventurous expatriate teenager!

It must have taken me approximately one year to adjust my global compus to set Vietnam as home. Only when leaving am I now realising what an amazing opportunity it was going to live there. I experienced a new culture, tried new activites and every day had new exciting things. I didn't cry at the airport because really that's not what I'm going to miss. If you still live there have a think about your favourite things about the place and you'll soon realise there are simply so many. Mine are below: 1. Xoi yen - Sticky rice, a new discovery of mine, can be bought for around 5 thousand dong off the street and is soooo delicious, there are also restaurants which sell it with toppings such as dried pork, egg and salami. 2. Cycling everywhere and being safe. 3. Knowing everyone western and smiling at them in the street. 4. The school ( just a little), it really was a beautiful campus and I made some Amazing friends 5. Speaking of friends, hopefully I will keep in touch with and see in future all of my new bfls :) 6. The weather, I moaned all the time whilst there and now I miss it, CRAZY! 7. Swimming 8. Eating out really cheaply 9. Rice and chopsticks I'm sure the list continues further but right now I'm suffering from a huge case of brain frazzle due to jet lag ( I spent thirteen hours watching all of season 3 of modern family).
Posted by Jemimah at 06:48 No comments:

This post has nothing to do with Vietnam apart from the fact that I think I saw some clips of the rice fields in Sapa. I'm currently writing an article for my school newspaper about this video:

Breathtaking aerial photography this film teaches the masses about the depletion of our planet's resources. The woman's voice is rather soothing so I would suggest watching it in several parts!
Posted by Jemimah at 07:20 No comments:

Whilst waiting for a computer back up I decided to do a little research about the development rate of Vietnam. Here's some indicators of development which I looked at or found interesting:
DEVELOPMENT:

GDP-
In Vietnam the government created a huge plan of action known as Doi Moi reforms which meant that there was a huge effort to increase the amount of exports and production of products (namely rice). This meant that the GDP (gross domestic product) has been steadily improving, meaning higher wages for Vietnamese people.

Calorie intake -
The number of people suffering from malnutrition has dropped and people are eating more protein. In Hanoi at the moment there is Pizza Hut and I think KFC however not the influx of other fast food restaurants, people much prefer asian food which makes them a lot healthier than the average western population. 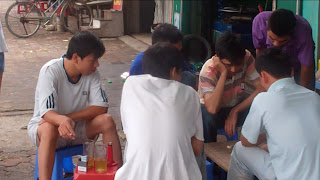 The whole of Hanoi looks a little like a building site with machine powered cranes and endless noise. I'm not sure how well built it is however structures are definitely going up quickly! 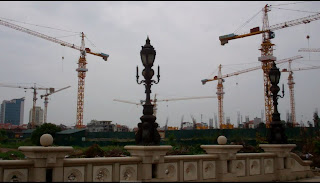 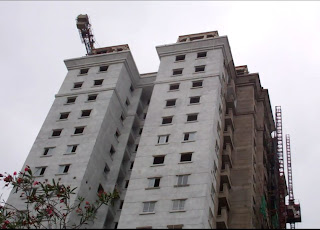 I looked at the CIA Factbook for Vietnam and learnt some really interesting things: 93% of the population can read and write after the age of 15, and even in the countryside there were schools for children to be educated.

A 3.5 hour bus ride from Hanoi leads to the picturesque countryside of Mai Chau with sprawling luminous green rice paddies and workers in conical hats. Cycling through the lucious landscape is a perfect weekend getaway from the bustling city. Here's some of my pictures of the trip: 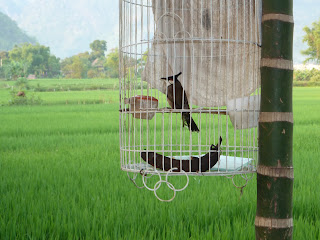 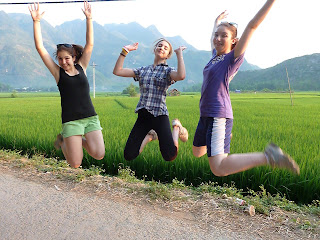 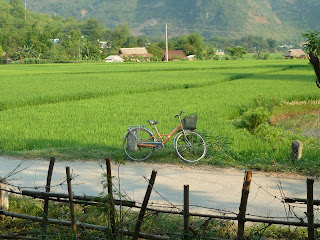 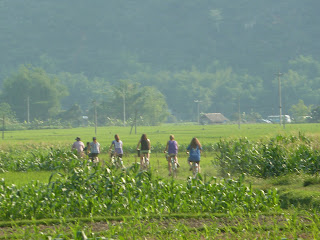 There's becoming a little bit of a theme with my posts recently. FOOD! As exams are getting closer I need a perfect excuse to get away from my desk to "revise" with friends. Joma on To Ngoc Van is great since they let you sit there for hours (my record is 5) with only one drink, however the service is rather slow which is fine if you're not in a hurry. One tip is not to wear your ugliest clothes because it's almost guaranteed you will see someone you know.

I recently cycled a bit further down Xuan Dieu to Saint Honoré which is one of the only bakeries in Hanoi to use real butter. I love the bread, pain au chocolat and tarte au citron. Delicious!

I'm working my way down the list of top 20 restaurants in Hanoi on the trip advisor website (http://www.tripadvisor.com/Restaurants-g293924-Hanoi.html). In general this is a great website to find reviews for any country as so many people use it. On Friday night it was Madame Hien, although actually I think this is now no. 29, where I ate in the beautiful courtyard, which was very atmospheric. The only problem was that there were lots of tourists and this definitely meant the prices were higher than normal Vietnamese restaurants. I ate this amazing duck with delicious mushrooms followed by coffee and caramel ice cream. The only slight hitch was when they lost the bill, which is actually fairly common (maybe just to me, I'm not sure)… 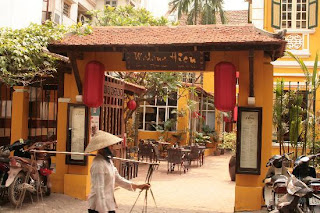 After describing the length of the hike, the burning muscles and the sun beating down on my neck to the rest of my family they decided that it was a great idea to take the weekend train down to Sapa AGAIN!
This time though we brought along a tour guide and I learnt a lot about death and marriage rituals. Warning: The information on death is truly shocking!

Note - The pictures are completely unrelated but I love them anyway.

The most important things for a man in Sapa are: 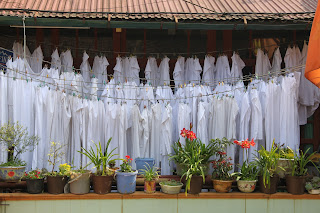 I predict that in the first world people would more likely say: 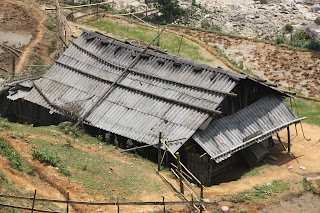 There is a dancing and singing ritual where the men dance to music and the women sing in response, the couple get closer to one another until they can see each other's faces. If they like what they see then they carry on going for one hour (if not then the music dramatically stops and one partner runs away, which I suppose is very unfortunate if you're very ugly). After one hour they escape to the mountains to talk till the early hours about their lives, hopes dreams etc. and agree to meet again 3 times. 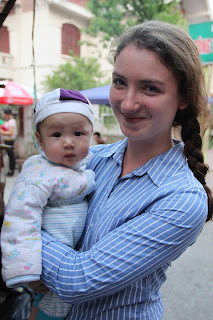 I own no rights to this adorable baby - I'm only 15

Once they have met three times the man will describe the woman to his family and they must go and kidnap her from the market and keep her in his house for three days. This sounds rather unnecessary to me but maybe it adds a little adventure into their lives? If she chooses to stay with the husband's family for three days then one month later the couple will marry. So if you're like me and can't dance to save your life you would have no hope of finding a partner. 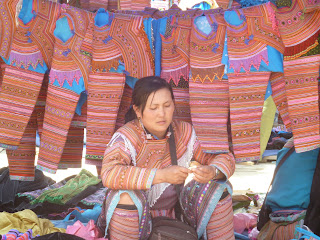 
The dead are taken to a fortune teller who bathes them in spiritual water and leaves collected from high up in the mountains. Then the body is suspended from the ceiling of the  family's house and lowered each day according to how old they were. So if you're 80 you hang 8 days, being lowered by 10cm each day. 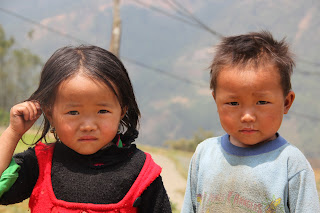 Once the body reaches the floor the strongest men in the village must run with the body down a long and winding path so the spirit will not remember the way home as the family doesn't want to be haunted.

What is most interesting is that this tradition is the opposite in the rest of Vietnam where people want their dead relative watching over them. 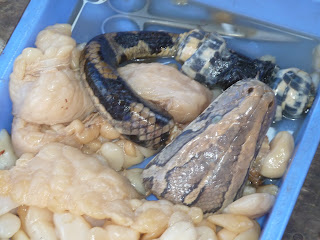 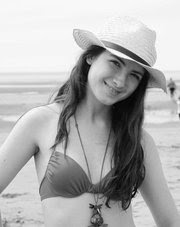 So last year I got on a plane with approximately 2kg too much baggage sobbing all over the airline woman's desk and got on a plane to Hanoi. I love: eating, traveling, sightseeing, watching movies, and umm gecko naming, so read on if you are a like-minded person!